← back to
Kamizdat
Get fresh music recommendations delivered to your inbox every Friday.
We've updated our Terms of Use. You can review the changes here.

Transversal Is A Loop 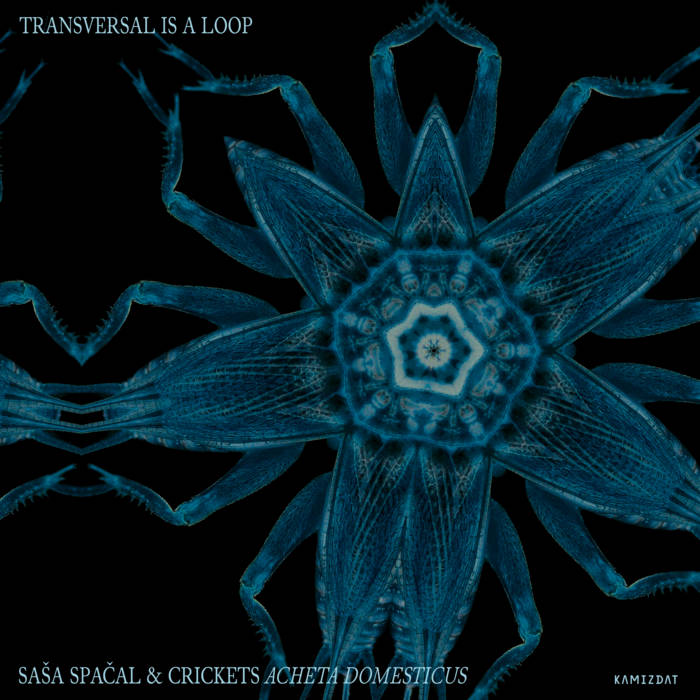 Transversal Is a Loop is a fifty-minute long sound composition by Saša Spačal (whose previous work has already been released by Kamizdat under the name agapea), in which she, together and in dialogue with the crickets Acheta domesticus, delves into how to think music, sound manipulation and composition. The process of making this recording rests on Saša's years-long research into biological systems through art and science methodologies and physical manifestations in the form of objects and spatial interventions. Her work is thus inextricably linked to critical reflection on the human relation to and impact on biological ecosystems on a planetary, microscopic and energetic level. The entanglement of humans and crickets in this sound work aims to underline the trajectory of a journey, which–after going through several cycles, inter-species feedback loops and considerations of how to survive as a species–ends up, through commodification, at the starting point.

Saša Spačal is an artist working at the intersection of living systems research, contemporary and sound art. Her work focuses primarily on the posthuman condition, where human beings exist and act as one of many elements in the ecosystem and not as sovereigns. Therefore abandoning the Cartesian system of classification and accepting the fact that the field of technology has expanded not only from hardware to software but also to wetware resulting in hybrid phenomena inscribed in mechanical, digital and organic logic within biopolitics and necropolitics.

Cycles composition was commissioned for radioCona:0.2425 FM Exhibition in 2016. Transversal is a Loop project was developed as part of Agosto Foundation residency in 2018.

“My artistic research focuses on entanglements of environment-culture continuum and planetary metabolism. By developing technological interfaces and relations with organic and mineral soil agents I try to address the posthuman condition that involves mechanical, digital and organic logic within biopolitics and necropolitics of our times.“ ... more

Bandcamp Daily  your guide to the world of Bandcamp

Mille Petrozza stops by to talk about the new Kreator album, plus music by Trauma Bond